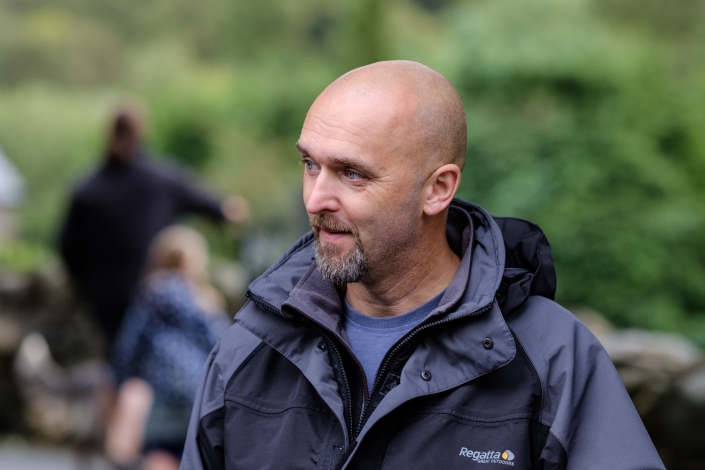 I read in the week that some people do not trust the reviews by the Fujifilm Ambassadors.

I started to question my own thoughts. I decided however that I have always given an open and honest view of the Fujifilm X series. I am not one for long reviews anyway so most of my thoughts and feelings about the X Series are from hands on demonstrations and talking to people out and about on the streets on workshop days and events.

I have also never been the pessimistic type and always see the good in all the gear I use and only use very limited functions on the camera so it’s not easy for me to start pulling something apart I am passionate about.

I was asked by Fujifilm UK to be an Ambassador because of my work and because I had already adopted the Fuji X Series in to my workflow and was enjoying the refreshing change from DSLR to mirrorless. So I was already a fan you could say, but if you know me you will know I am quite blunt and honest about most things and if I did not like the X Series I would have moved to a different brand by now.

My blogs are few and far between and as you all probably know by now I am dyslexic and find sitting down to write a blog as about as exciting as sticking pins in my eyes.

Kevin Mullins has by far the best blog on the Fuji X system that I have seen as a Fujifilm Ambassador and he gives a real honest review. Although Kevin and myself both love the X Series, we have both pointed out issues and faults in some of the past X Series cameras and lenses and say so in public.

When I moved over from the Nikon system to X100,  XPro1 the 18mm and 35mm lens after using a Nikon D3s, I was under no illusion the Xpro1 was better I just wanted a change and I was making a leap of faith that Fujifilm would catch up with the mirrorless system and make an amazing camera one day to match their sensors and lenses.

Well I am so glad I took the leap of faith, I have been using the X-T2 now for a couple of months and can honestly say it’s a game changer. If this is what they can come up with in 5 years, I can’t wait for the next 5 !!!

I am not going to go into all the technical mumbo jumbo as most of you know I just use the exposure triangle and go out and shoot. So I will leave you to read Kevin’s review or even better take a look at and independent review like Cameralabs Gordon always gives a fair and honest review on most camera systems and lenses.

For me though the proof of the pudding is in the images and the X-T2 is stunning not just the images but in its handling and focus speed. I still prefer the XPro2 for Street photography but that’s just because I love the rangefinder style of  camera for shooting people in my candid style. But the X-T2 is a killer camera for my Gig and Event work as well as my Landscape work. They are diferent animals as far as I am concerned.

Today I went out for a quick meeting in town, I decided to take the X-T2 and one of my favorite lenses the 90mm f/2 and see if I could grab a couple of Street shots on my route.

I remember shooting this image below a couple of weeks back with the same set up and wanted to see if I could shoot a moving target with me moving and the focus keep up.

I walk at quite a pace when I am out and about, even though you can learn to compensate for slow autofocus by standing still zone focusing if you need to. You don’t need to do this with the X-T2 this thing nails the shots, that some of the previous X Series bodies might have missed. The XPro2 I would say is just as good but the the X-T2 gives you a little more confidence. It just has that positive feel about it.

The next two shots with me walking towards the two subjects at quite a pace and just lifting the camera up to shoot as they walked towards me.

I was blown over when I reviewed these images over a coffee before my meeting. BOOM was the word that came in my head. I thought wow Fuji you have done it you have made the camera for all the people that doubted the Mirrorless System.  I am quite sure this camera is going to sell like hot cakes. I will just say that this 90mm lens is amazing on this camera. I love to shoot wide and long when I am out on my own and this lens has just the right reach to compliment the 16mm f/1.4 out and about.

Someone commented the other day that I used to sing the praises of the 27mm and the X-T10 and thats very true and I still have the 27mm on my X-T10 and there it stays.

I have to spend some time getting used to the new Cameras Fuji asks us to Test and the X-T10 still has a big place in my heart and a small space in my camera bag.

It all comes down to the right tool for the job and I am lucky enough to have a large toolbox to select my tools from.